When does plastic surgery become too plastic?

CHARLESTON, SC (WCIV)— Attention ladies!  Have you ever had that uneasy feeling, right before you look in the mirror?

The little pit in your stomach that reminds you of how much you DON’T like the way your body looks?

That dreaded thought of actually having to put on a bathing suit at the pool party?  Or after you’ve had your kids thinking, “Wow, where did that body go I used to have?”

Or maybe you are that woman that looks at the Hollywood starlets and says, “How does she always look so great?”…especially when it comes to the ‘upper half’?

Plastic surgery, specifically breast augmentation, has become an all-too-common way of altering the body for a more desirable look, but what happens when women take the transformations too far?  Dr. Ram Kalus, a leading cosmetic plastic surgeon, weighs in.

“Proportion is the most important concept,” says Dr. Kalus.  “Personal preference is also important. As a rule, the smaller implant sizes will provide a more natural result and are less likely to require future revision surgery. If the implant being considered will result in an obviously augmented look, I would consider that “too big”. It is relatively unusual to see small women with large breasts, and large women with small breasts, so, again, proportion is most important to consider.”

These are things you may have already thought you knew, but never really thought about.  That’s why Dr. Kalus says consulting with your doctor and being an informed patient is so important.  Especially when it comes to the different procedures associated with breast augmentations.

There is a difference between a breast augmentation and a breast lift though, and it is imperative that the patient understands that difference.  Dr. Kalus says an augmentation involves implants which come in different sizes and two different types.

“There are saline and silicone implants.  Since 2006, silicone implants are back and readily available for cosmetic indications,” explains Dr. Kalus.  “At one time, there was a lot of controversy in the media on whether the silicone implants were safe and the FDA after reviewing millions and millions of [cases] worldwide have come to the conclusion that they are entirely safe.”

That’s the implants, whereas a breast lift has to do with getting rid of excess skin a woman may have after child birth or maybe after losing an excessive amount of weight.

“If the amount of breast tissue is adequate but there is simply too much skin stretch resulting in a lot of sagging and drooping, then only a lift is required. If the breast is both droopy and small, the a lift PLUS an implant might be required,” says Dr. Kalus.

“For most small breasted women undergoing augmentation, the implant is placed under the pectoralis muscle. This provides a more natural upper slope to the breast and avoids that artificial round “half grapefruit” look. It is also easier for mammograms to be performed and interpreted when the implant is under the muscle.”

Dr. Kalus says it’s just important to be natural and feel comfortable in your own skin.  You don’t want to get a procedure done that makes you even more self conscious than you were before you went under the knife.  He also mentions that plastic surgery isn’t for everyone, especially those of a certain age.

“We discourage breast augmentation I girls under 18, but that is not a hard and fast rule. Adolescents with significant breast asymmetry, or who are otherwise well adjusted, might be excellent candidates. We always have the parents and a psychologist closely involved in those cases.” 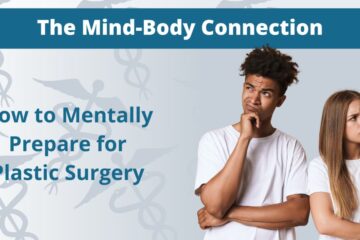 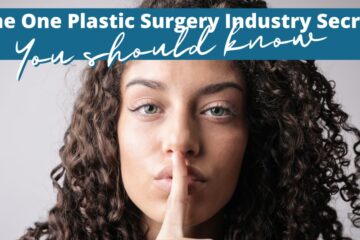