After Liposuction, Exercise Keeps the Fat Off

Liposuction, generally considered the most popular cosmetic surgical procedure in the United States and worldwide, involves suctioning out subcutaneous fat cells, those that accumulate just beneath the skin. But to gain lasting benefits, a new study suggests, people need to exercise. Otherwise they risk regaining the fat lost during surgery and redistributing that fat to their midsections, an outcome that has the potential to make them less healthy than before the operation.

For the new study, which appears in the July issue of The Journal of Clinical Endocrinology and Metabolism, researchers at the University of São Paulo in Brazil recruited 36 healthy women, ages 20 to 35, who had not exercised regularly during the six months before the study began. All were of normal weight but gladly volunteered to have two and a half to three pounds of abdominal flab removed via liposuction.

Despite the popularity of the procedure, there have been intimations for several years that it might not permanently reduce bodily fat stores. Surgically excising fat pads from rodents, for example, almost always ended in the fat’s return after a few months or a year, although not always in the same area from which it was removed.

Instead, the animals often packed on the new lard deep inside their abdomens, creating what’s known as visceral fat, a fatty tissue that twines around organs and produces and releases biochemical substances known to increase the risk for heart disease and diabetes. In multiple studies, visceral fat has been shown to be significantly more physically harmful than subcutaneous fat.

And liposuction seems to prompt the body to make more visceral fat. Last year, in a groundbreaking study by researchers at the University of Colorado Denver Anschutz Medical Campus, women who had liposuction performed on the subcutaneous fat marbling their thighs and lower abdomen regained all of the fat within a year, and some of this new fat was of the unhealthy visceral variety.

“The message of our study was that body fat is very well defended,” says Dr. Robert H. Eckel, a professor of medicine at the University of Colorado Denver who oversaw the study.

The results of the new Brazilian study were similar, with one significant twist. Within the first four months after their surgery, half of the women had regained fat, especially visceral fat. They had, in fact, increased their stores of visceral fat by about 10 percent, compared with before the surgery.

Those who had gained fat also had spontaneously, without any intention or desire to do so, decreased their everyday activity levels. They were moving around less than before the surgery, which, the researchers speculate, almost certainly contributed to their visceral fat gain.

Half of the group, however, did not experience these undesirable effects. These were the women who had been assigned to start exercising. For four months after their surgery, these women worked out three times a week during supervised exercise sessions, walking or jogging on a treadmill for about 40 minutes and then performing light weight training.

The women who exercised subsequently regained little fat, if any, and they added no new visceral fat. They also moved more than they had before the surgery, thanks to the exercise sessions. Less expected was that they did not compensate for this added energy expenditure by being more sedentary at other times during the day.

Liposuction, the study authors concluded, can potentially “trigger a compensatory increase of visceral fat, which is effectively counteracted by physical activity.”

Why liposuction leads the body to make more visceral fat — and how exercise counters that outcome — is not yet clear. The researchers believe that liposuction produces more deep abdominal fat in part because “liposuction leads to an architectural destruction of the subcutaneous fat cells,” says Fabiana Benatti, a researcher at the University of São Paulo who led the study, “so fat regain may have been directed away from these cells toward the adjacent visceral cells.”

The lesson is clear. “I believe that if one should choose to undergo liposuction, it is very important, if not essential, that this person exercises after the surgery,” Dr. Benatti says.

Dr. Eckel of the University of Colorado emphatically agrees. Animal studies at his lab, he says, have shown that exercise after fat loss, whether the loss is achieved by liposuction or diet, enables the brain to reset its sense of how much the body should weigh — of what weight, in other words, should be defended.

Exercise also encourages the body to rely more on fat as a fuel. “Fat that is burned,” he points out, “is not stored. It’s that simple.”

Unfortunately, at the moment, exercise seems to be rare among those who’ve opted for liposuction. Whether that’s because some had hoped that the procedure would, by itself, provide permanent, effortless reshaping of their body, or simply because no one suggested that they should work out after the operation, has not been studied. “But from what I hear from plastic surgeons,” Dr. Benatti says, “people do not commonly exercise after liposuction, “ and that situation “could lead to deleterious effects in the long term.” 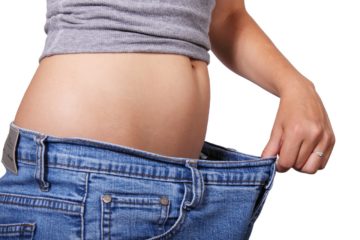 What are the most popular places for Liposuction?

When most people think of the word “liposuction” they commonly associate it with a procedure designed to remove abdominal fat. While liposuction does target belly fat for a smoother, firmer surface, it can also be Read more… 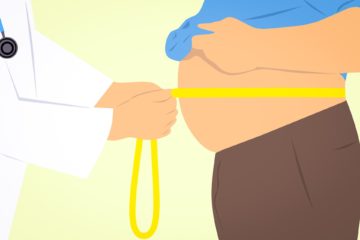 No matter how popular, cosmetic procedures like liposuction are still sometimes met with skepticism due to a lack of understanding about what’s actually involved. The following will, hopefully, shed some light on liposuction and its power to Read more…

Am I a good candidate for Liposuction? What You Should Know

Liposuction, also known as suction-assisted lipectomy or lipo, is a popular cosmetic procedure that removes fat from hard-to-lose areas of the body. I perform tumescent Liposuction which is the most commonly performed type of liposuction Read more…