Like kids in a candy store, more women are seeking out a type of silicone breast implant that one doctor calls the “gummy bear.”

Dr. Grant Stevens, a prominent plastic surgeon in Marina Del Rey, Calif., coined the term “gummy bear breast implant.” He said he gave the implants their catchy nickname because when cut in half, the implant is stable and retains its shape, much like the chewy, gummy bear candies.

Stevens is an advocate of the “gummy bears” because he said he believes they look and feel more like natural breasts. He insisted that “gummy bears” are also safer than other types of implants because they have a lower rupture rate.

These new “high-strength silicone gel implants” made by a company called Sientra were approved in March by the U.S. Food and Drug Administration. But neither the agency nor the company call them “gummy bears.”

“We do not condone the use of such terms,” Sientra CEO Hani Zeini told “Nightline” via email.

Zeini said equating a medical device to a piece of candy trivializes it, and FDA officials are inclined to agree.

Breasts are big business in the United States, with about $1 billion spent on cosmetic breast surgery a year. According to the American Society of Plastic Surgeons, more than 300,000 American women undergo cosmetic breast augmentation every year — up 45 percent since 2000.

Improvements in breast implant technology have had a huge impact on the market in the past. Over the past 15 years, since silicone implants became widely available in the U.S., the number of cosmetic procedures has tripled.

For years, this type of high-strength silicone gel breast implant was only available to patients in the U.S. who were willing to take part in clinical trials through surgeons like Stevens.

For some patients, it’s their second breast augmentation surgery. Aubrie Chacon said she wanted to get her breast implants redone because her current ones felt like “weird water” under her skin.

“I would like something that felt more natural,” she said. “Not so fake, not so foreign.”

Christy Carlton, another one of Stevens’s patients, said she got her Sientra breast implants through a clinical trial six years ago, and hasn’t had any problems since. She added that her partner didn’t know that she had breast augmentation surgery until she told him because she said her breasts looked and felt so natural.

But breast surgery is a sensitive subject. In most cases, it’s totally elective and, of course, it is closely tied to the patient’s self image. Plus, when any new product is introduced, there is a real issue of safety and there have been problems in the past.

Europe is in the midst of a full scale recall of breast implants manufactured by the French company Poly Implant Prothese. Some of PIP’s silicone implants, which were never sold in the U.S., were found to contain industrial-grade silicone gel of the type used in mattresses. While the risk remains unclear, thousands of women around the world had to have their implants removed over concerns that PIP’s implants tended to rupture and leak. The company’s CEO is now in jail 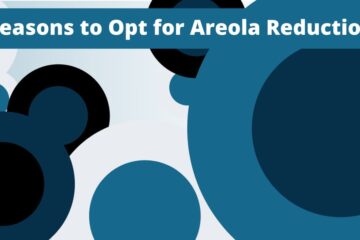 Reasons to Opt for an Areola Reduction 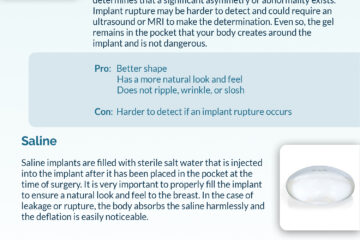 Which is best? Silicone vs. Saline Implants

If breast augmentation is on your holiday wish list, you might be wondering which type of breast implant is best — silicone or saline? As with most cosmetic procedures, there isn’t a single answer to Read more… 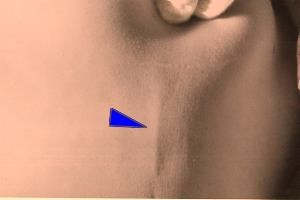 If you’re considering breast augmentation, you might have been cautioned about Mondor’s cords, also known as Mondor’s disease or thrombophlebitis. However you refer to it, Mondor’s is considerably rare and likely not something you will Read more…